The Academy locates its roots in the highly formative experience that some of its members lived in the 1980's on the green and uninhabited isle of Vivara in the Bay of Naples, today a nature reserve of the state. There an elderly scholar of natural sciences, an accomplished connoisseur of the various liberal arts, exhorted the adolescents under his tutelage to free themselves from the mainstream mindset, from individualistic consumerism and from the thirst for recognition and financial gain, that they might reawaken the dormant moral conscience within and seek to better both themselves and others by encountering the noble and the beautiful that the human spirit has produced and discovered over the centuries. It became clear immediately that - for a true revival of classical education based upon continuous dialogue with the classic authors of the ancient, medieval and modern eras - it was necessary to rethink ab imis fundamentis the teaching methodology of the languages in which those authors expressed themselves and the very formulation of our course of studies, which had long abandoned the way of the litterae humaniores in favor of the entirely positivist path of the Altertumswissenschaften. 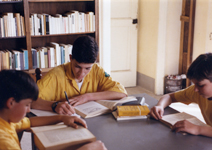 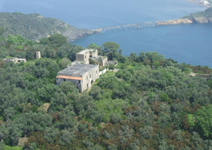 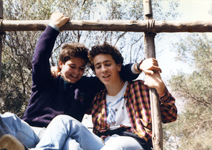 The adolescents who lived on Vivara thus began to test out a new approach to Latin, Greek and the vast cultural heritage passed down through these languages; this experience bore fruit with the international convention "Latino sì, ma non così", held on the isle of Procida in 1991; and in 1998, the cry of alarm of three hundred scholars, coming together from all corners of the globe in the Neapolitan convention "Docere", where they denounced the precipitous state of classical studies throughout the schools of Europe and sought to display how effective new ways of teaching could be. This convention, organized with the active and determined collaboration of the Italian Institute for Philosophical Studies of Naples, resonated positively in the press and - thanks to the presence of teachers from universities and research institutions of every continent - generated enthusiasm for a large International Center for Humanistic Studies to be located in the Italy that from Pythagoras and Parmenides to Vico and Gravina had always been the school of paidèia and humanitas. More than fifty universities from the world over answered the call; and after two years of preparation, in the year 2000, the Mnemnosyne foundation was realized for the creation of an International Center for Classical Studies and a School of Advanced Classical Education. 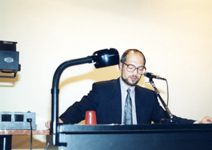 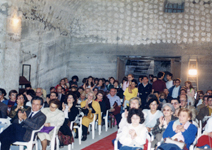 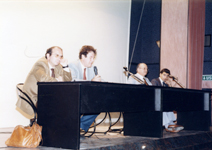 The foundation of a Center for classical studies

The location in which these institutions should have come to light had been identified in the rural Magna Graecia, between Paestum and Velia; but various difficulties compelled the organizers to change objective. While awaiting a new definitive site, the Center was established in the rustic seat of the Academy Vivarium Novum, situated in Montella (AV), in the green valleys of Irpinia: adolescents from all parts of the world began to congregate there, sent by their respective universities for one or more years of advanced instruction. Past Vivarium Novum students have come from Albania, Belgium, Brazil, Bulgaria, Canada, China, Croatia, the Czech Republic, Estonia, France, Germany, Great Britain, Hungary, Italy, Korea, Mexico, Russia, the Slovak Republic, Slovenia, Spain, the United States; while daily classes and special seminars were under way and the life of the school began to crystalize, relations with the Italian Institute for Philosophical Studies continued to flourish; a publishing house engaged in the diffusion of new teaching methodologies for the classical languages was born; renowned scholars from every nation began to come to the Academy to study and to teach. 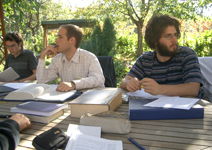 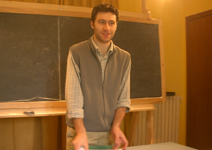 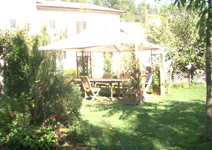 The international network and new congresses

An international network of schools, teachers, students took shape; in 2006, Philia came to light, an allied association of young scholars in the humanities, which set up its headquarters in Prague; and in 2007, the great convention Humanitas was celebrated in the most splendid sights that the city of Naples could offer; more than three hundred fifty scholars from all over the world participated in the week of seminars, wanting to reaffirm the need for a renaissance of the humanities with a solid historical basis that could confront the challenges of the present day, from politics to education, from religious tolerance to our relationship with science and technology, from the fight against the ephemeral to the development of an artistic sensibility. There followed the next year a series of seminars entitled Litterarum Vis, held for ten days in Hungary, between Szeged and Budapest, with the participation of hundreds of youths and teachers, which concluded on the premises of the Academy of Sciences on Castle Hill. 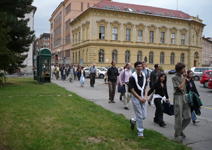 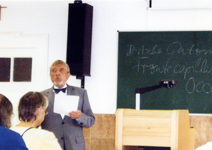 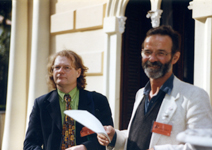 While the level of international interest in these initiatives continued to rise, the dialogue between various institutions seemed to point towards the selection of a new seat that could advance the cultural activity of the Academy, allowing for the reception of more students and the promotion of further initiatives advantageous to the greater community and the entire surrounding territory. For a long time discussions centered on the complex of the Camaldolese of Torre di Greco, the location of the closing ceremony of the Humanitas convention; then other proposals were advanced: the Villa Favorita of Herculaneum, the palace of Quisisana at Castellammare di Stabia, the Aragonese Castle of Baia. Despite countless meetings and discussions, however, there was no concrete result.

In January 2009 it was proposed to the Vivarium Novum to move its headquarters to Rome. Our new headquarters consisted of a large and functional building located on the Via Aurelia equipped with everything an international academy could need. Once the Academy had moved to the Lazio region, the search began for a suitable location to fully realize the project that was originally to take place in Campania. This search quickly found its end in the nearby villas of Tuscolo, a region rich in intellectual history. In these very villas two thousand years ago Marcus Tullius Cicero had harmonized and merged Greek philosophical culture with the legal and organizational spirit of the Romans through meditation and study. Italian cultural institutions welcomed our idea of a World Campus for Humanism and in August 2016, thanks to the decisive support of the Ministry of Cultural Heritage, the Ministry of Education, and the State Property Agency, the Academy obtained the Villa Falconieri in Frascati, a splendid Borromini complex, as the first seat of its new Campus. This centuries-old villa was now to be a place of study, research, harmony and balance, a crossroads for the meeting of intellectuals, teachers, and artists from around the world. Now, fata viam invenient.